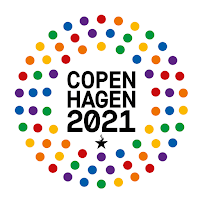 December 27, 2020 /LGBT News/ Filippo Grandi, the UN High Commissioner for Refugees, Victor Madrigal-Borloz, UN Independent Expert on Sexual Orientation and Gender Identity and Alice Bah Kuhnke, member of the European Parliament have confirmed their participation in the Refugees, Borders and Immigration Summit taking place next year in Malmö during WorldPride.

With more than 70 countries still criminalizing same-sex relationships many LGBTI+ people are affected by human rights abuse and persecution in their home countries. LGBTI+ migrants, asylum seekers and refugees are often forgotten in the debate on migration and the challenges faced by LGBTI+ people.

During Copenhagen 2021 - WorldPride and EuroGames a whole day is dedicated to these issues during the international Refugees, Borders and Immigration Summit. On August 20 several hundred activists, politicians and representatives of human rights organizations will meet at Malmö Live to discuss the situation and rights of LGBTI+ refugees.

“We at UNHCR welcome the opportunity to bring greater attention to the tragic experiences of LGBTIQ+ people forced to flee their countries simply because of who they are.   Copenhagen 2021 will present an important moment for experts, activists and decision makers from around the globe to listen to the experiences of those forced into exile because of their sexual orientation or gender identity, and to work with them to alleviate their suffering and find solutions to their plight,” said Filippo Grandi, UN High Commissioner for Refugees.

The Summit is organized by Malmö Pride and the City of Malmö in collaboration with Rainbow Railroad, ORAM, UNHCR, the Council of Europe, Amnesty International, Human Rights Watch and Event in Skåne. It will be live-streamed to reach the largest possible audience. This approach means organizers can easily adapt if COVID19 restrictions prevent the physical event from taking place.

An important part is to draw attention to refugees’ lived experiences. People who have fled oppression and persecution due to sexual orientation or gender expression will be telling their stories at the Summit.

“I myself am a refugee and today I work to strengthen rights of LGBTI+ people. I hope that the summit will be a platform to make our stories visible. We want to show that we are more than numbers and statistics, that everyone has their own story,” said Karl Yves Vallin, project manager at RFSL Newcomer Malmö.

The Summit is the official closing event of the Human Rights Forum, an important part of the WorldPride program. Co-hosts are Alice Bah Kuhnke, co Vice-President of the Greens/EFA Group in the European Parliament and former Swedish Minister of Culture and Democracy, and Ulrika Westerlund who has been working for LGBTI+ rights, equality and human rights for over 20 years.

”LGBTI+ refugees are some of the world's most vulnerable persons. As an elected politician it is my duty to listen to their stories. The Summit is a fantastic opportunity to listen and learn, but also to pave the way to move forward,” Alice Bah Kuhnke said.

Other Summit participants are Flavia Piovesan, IACHR Commissioner and Rapporteur on the Rights of LGBTI Persons and Michael O'Flaherty, Director of the EU Agency for Fundamental Rights.